Menu
Your Cart
Due to the busy season, there is a chance of a longer delivery time. Please take this into account when placing an order. 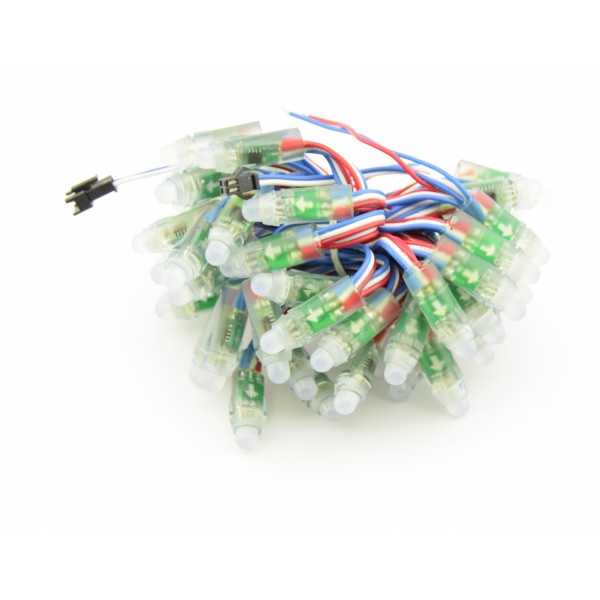 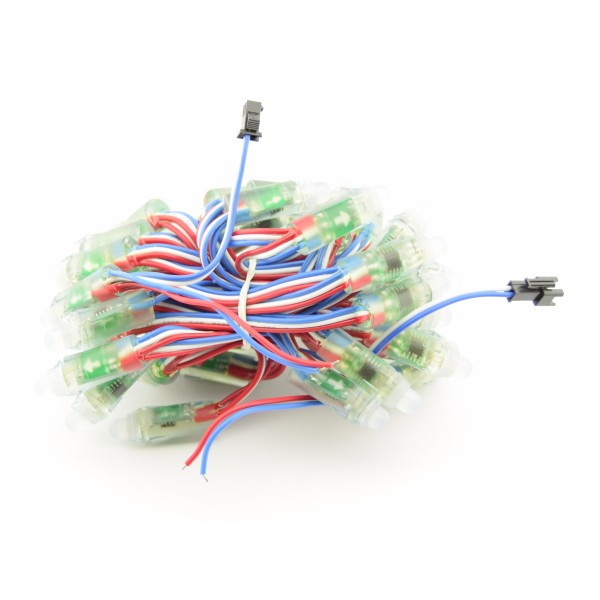 This product is a WS2811 8mm RGB LED string. The LEDs are in a casing that you can mount in a hole of 12mm (1mm thick). Between the LEDs there is about 10cm wire. The LEDs can be placed about 7cm from each other.

The color of the LED is controlled by the built-in chip. You can place a lot of these LEDs behind each other and control them digitally with just 1 pin. The LED is usually supplied with the commonly used 5V voltage.

Various platforms offer support for this LED with libraries, including Arduino and Raspberry Pi.
More information for the Arduino platform can be found here: WS2812 Breakout Hookup Guide or Adafruit NeoPixel Überguide.

Meaning of the color of the wires (red-white-blue variant):

Meaning of the color of the wires (red-green-white variant):

The datasheet of the LED can be found under the tab "Downloads".

These LEDs are sold per 50 pieces. Every 50 pieces requires its own 5V power supply. Each LED can consume up to 60mA of power at 5V.

Note: We supply this LED string with WS2811 or UCS1903/UCS1904 LED driver IC (compatible with each other). In addition, there may still be glue and/or resin residues on the product due to factory processing.

This product has 3 review(s) in total.