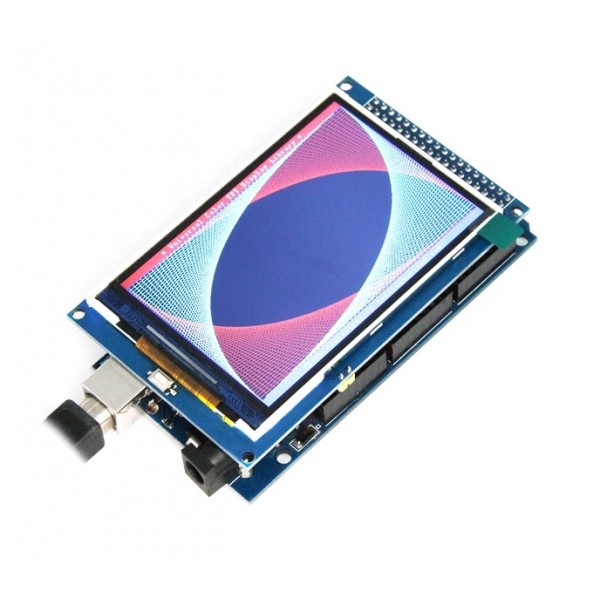 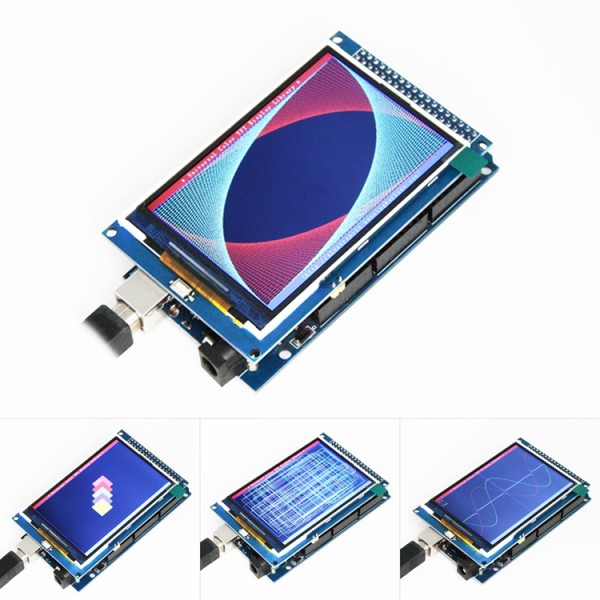 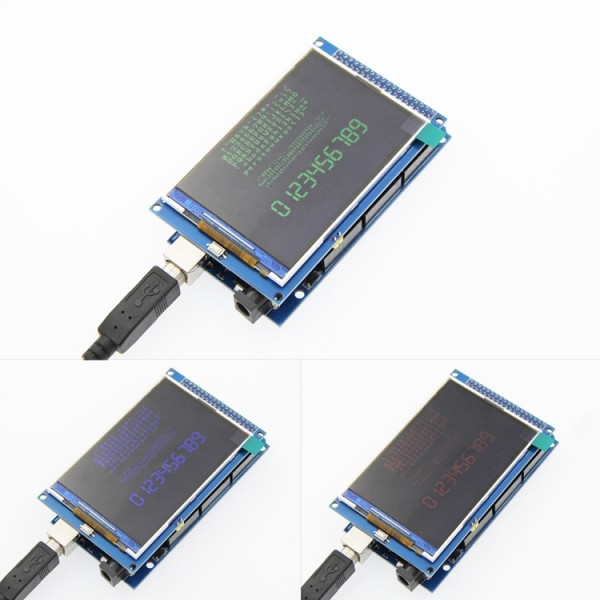 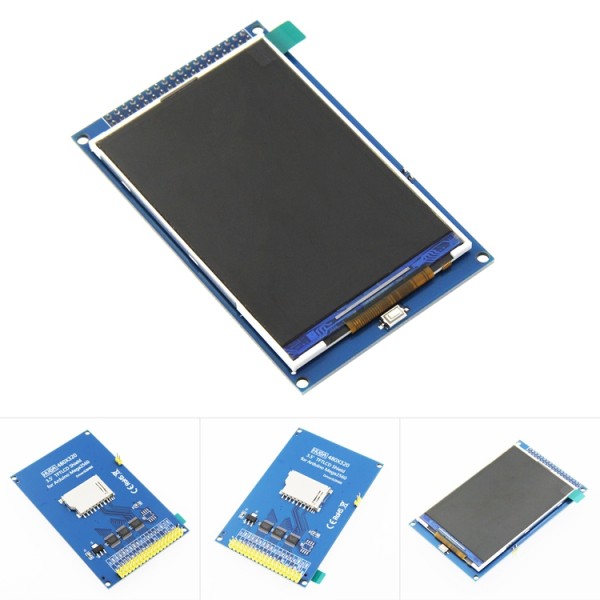 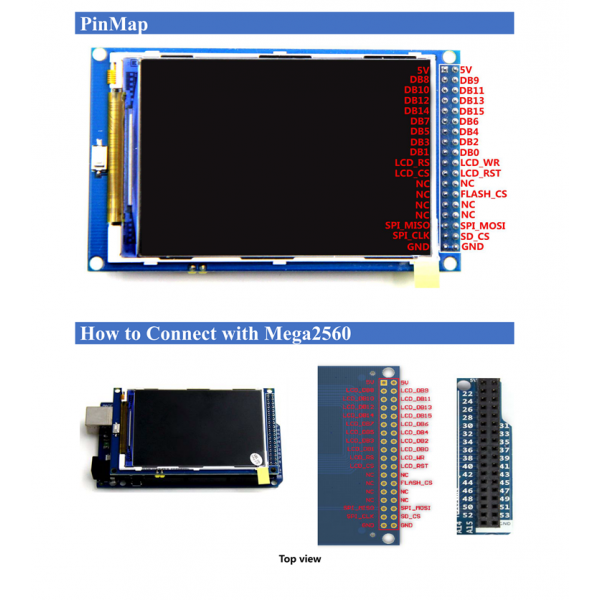 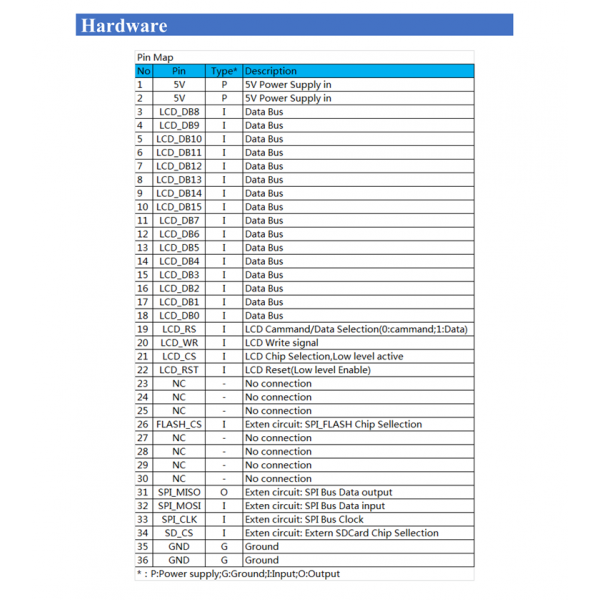 This display can be mounted on an Arduino Mega or Due. It has a fairly high resolution of 320*480 pixels and is also quite large with 3.5 inch LCD size.
The display is already equipped with level converters and therefore ready to use on an Arduino Mega/Due.
The screen has an ILI9486 chip that controls the LCD screen and also has a standard SD card reader built in (e.g. to store images or text).

Needs to be changed to this:

Then you can use the example to test your LCD screen and use the demo as the basis for your own program.

To get the SD card working with a Due, the following library is needed: SdFat (can also be installed via the library manager of the Arduino IDE)
After installation, open the following example:
SdFat --> SoftwareSpi
Then change the following lines of code:

Thereafter, in the file "SdFatConfig.h" (can be found in the folder ...\Arduino\libraries\SdFat\src\) the following line (around line 109):

Needs to be changed to:

Then you can use the example to test the SD card and use the demo as the basis for your own program.

This product has 1 review(s) in total.

If you have a question or problem regarding a product, please contact us by using one of the buttons below.

Product questions
Warranty and problems
Mistake on this product page