*The system will automatically decide if standard mail is possible. If not, then only Parcel and Pickup are available.
See this page for extra shippings options and explanation about the shipping costs: Shipping 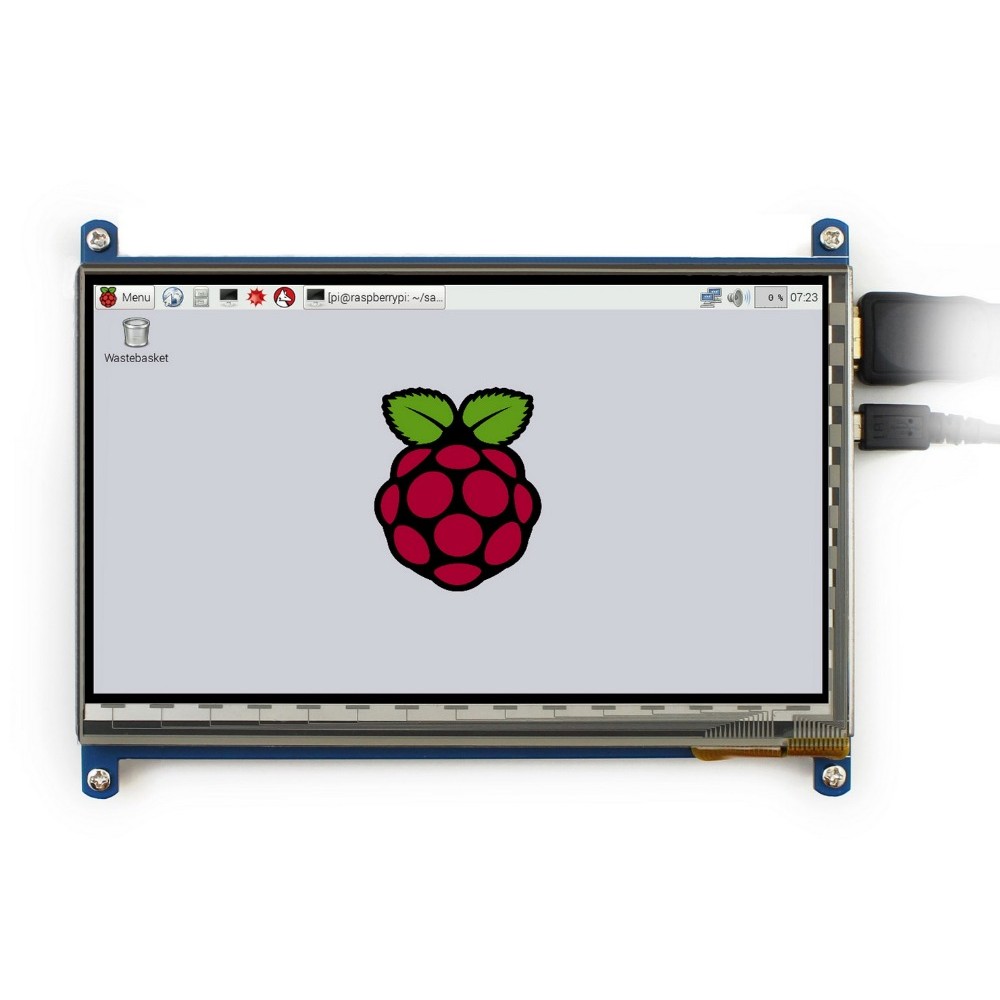 Ordered before 17:00 on a business day? We ship the same day!

This display can be connected to a Raspberry Pi 1, 2 or 3 via an HDMI cable, but requires additional installation of drivers.
The display has a resolution of 1024*600 pixels and is diagonally 7 inches. A capacitive touchscreen is mounted on top of the display, for which no calibration is required.
An example is visible in the images.

We have only tested the display in combination with a Raspberry Pi 3B with the Raspbian operating system according to the following manual:

To install the driver, you need:
- Raspberry Pi 2B or 3B with Raspbian installed (via NOOBS!)
- The 7 inch LCD screen
- An internet connection on the Raspberry Pi
- A keyboard and mouse (connected to the Raspberry Pi)
- A backup of your Raspbian operating system incase it goes wrong! (especially the boot/config.txt file!)

Note 1: The installation of the driver overwrites the boot/config.txt file so that the display works correctly.
If you have previously made adjustments to this file, you will have to add these adjustments again after installation.

1. Start the Raspberry Pi in Raspbian (with LCD screen, mouse and keyboard connected)

3. Set the read/write settings for the folder with the following command:

Note: Go directly to step 9 if you did NOT install Rapbian via NOOBS! (but used the standard image)

4. Go to this folder in the driver package:

5. Adjust the cmdline.txt file in the driver package (otherwise the RPi will stop running!). Use the following command:

7. Once adjusted press the "Ctrl + X" key combination, then the "Y" key followed by the Enter key (overwrites the file and saves it with the adjustment)

9. Go to this folder in the driver package:

10. Start the driver with the following command:

The Raspberry Pi will now restart and Raspbian will switch to the LCD screen as the main screen at startup.

To restore the default configuration, type and run the following command's in the terminal:

Note: After switching back to HDMI, the resolution may not be correct. We do not have a solution here at the moment except for restoring the backup.

There are no reviews for this product.


Your email from your order: (will not be exposed)


Your Review:Note: HTML is not translated!